*A club for all things speculative – from Science Fiction, to Fantasy, and maybe even a pinch of Horror*
Join us every 1st Monday of the month for a serious discussion of cool speculative works, or to just geek out over the pewpewlaserbeam! From cutting edge to classics, the goal is to have fun and explore as far as exploration will go!
Email unabridgedbookstore@gmail.com, or sign up for email updates below!

The Speculative Book Club will meet again on Monday, July 5th at 7:30pm to discuss Ubik by Philip K. Dick!

To maintain a safe environment for discussion, this book club will continue to hold meetings via Zoom. Order the book and join us for a video chat discussion. For questions about this book club, or to join the Zoom meeting, email us at unabridgedbookstore@gmail.com. 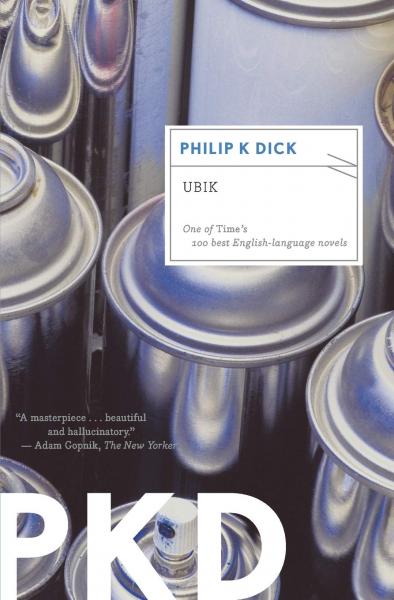 About Ubik:
Glen Runciter runs a lucrative business--deploying his teams of anti-psychics to corporate clients who want privacy and security from psychic spies. But when he and his top team are ambushed by a rival, he is gravely injured and placed in "half-life," a dreamlike state of suspended animation. Soon, though, the surviving members of the team begin experiencing some strange phenomena, such as Runciter's face appearing on coins and the world seeming to move backward in time. As consumables deteriorate and technology gets ever more primitive, the group needs to find out what is causing the shifts and what a mysterious product called Ubik has to do with it all.

Over a writing career that spanned three decades, Philip K. Dick (1928-1982) published 36 science fiction novels and 121 short stories in which he explored the essence of what makes man human and the dangers of centralized power. Toward the end of his life, his work turned to deeply personal, metaphysical questions concerning the nature of God. Eleven novels and short stories have been adapted to film, notably, Blade Runner (based on Do Androids Dream of Electric Sheep?), Total Recall, Minority Report, and A Scanner Darkly. The recipient of critical acclaim and numerous awards throughout his career, Dick was inducted into the Science Fiction Hall of Fame in 2005, and in 2007 the Library of America published a selection of his novels in three volumes. His work has been translated into more than
Unabridged Bookstore - Speculative Bo...